Fast and Furious brings back the frenzy!

Reaching now it’s 7th movie, Fast and Furious is one of the biggest successes seen at Hollywood. But we all know deep inside that no matter how much we would like our actors, it’s the cars that play the hardest weight. So for good times sake I’ve decided to create a little top 5 best Fast and Furious cars that can do justice to the booming success of the movie. Care to see it?

1. 1995 Mitsubishi Eclipse – there are a hundred of reasons why Brian O’Connor loved this car so much. Starting with the addition on nitrous in the first movie, this Eclipse lived on to become a model for all tuners who were mesmerized by its style. This type of cars was styled from inside the factory in order to serve as a basis for body kits and their engine offered a lot of flexibility in terms of modifications.

2. 1995 Honda Civic – apparently, 1995 was a good year for the automotive industry because it generated some of the greatest cars ever. This 5th generation coupe is not exactly the bomb of the club if you know what I mean, but its versatility in terms of horsepower and suspension modification makes it a valuable car. The old generation knows that it’s underneath what counts!

3. 1970 Dodge Charger – we were all a bit confused when in Fast and Furious, Dom’s Dodge appeared as if after a long beauty sleep. Why? Well I guess you remember that in The Fast and the Furious our eyes shed a tear when the same Dodge was ripped to pieces. But Hollywood is the king of everything. So they’ve updated the car and kept on rolling!

4. 2012 Lucra LC470 – this super amazing beauty appeared in Fast and Furious 6 and it surely made a great impression. With carbon-fiber body, 505- horsepower and V8 powerplant this baby can get you from 0 to 60 in just 2.5 seconds. Pure heaven!

5. 1971 Jensen Intercepter – Letty Ortiz made her comeback in this hell of a Jensen. With a Chrysler V8 engine, over-sized rear wheels and matte gray finish both girls look hotter than ever in Fast and Furious 6. 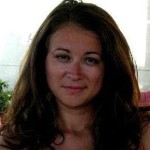